Several challenging scenarios can result in the need to attain legal guardianship in Illinois. Our attorneys have the expertise and dedication needed to support you in your unique situation.

What is Illinois Guardianship?

Guardianship is a legal relationship whereby one person receives the court-appointed authority to make medical or financial decisions for another person.

Guardianship is usually defined as a protective legal proceeding for someone who is incapacitated and unable to manage their affairs. Incapacitated means that the person is no longer able to receive and evaluate information and communicate decisions. Guardianship usually applies to the ability to make financial decisions or care-related decisions. 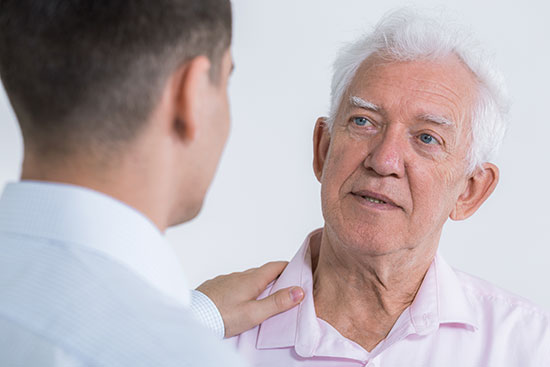 When is Guardianship Necessary in Illinois?

Understanding Guardianship of An Aging Parent.

Guardianship of an aging parent means accepting significant legal responsibility to act and advocate for their care. The duties include oversight of a parent’s daily care, medical care, and possibly financial decisions. Many guardians are family members who were previously caregivers, now cast into a formal legal role. At the same time, some are professional guardians appointed to circumvent family conflict and disagreements.

Becoming a guardian requires a court hearing and medical provider confirmation of incapacity of the proposed ward. In legal terms, a ward is either a minor or an incapacitated adult under the protection of a legal guardian. Incapacity can include cognitive decline, dementia, brain injuries, prescription drug impairment, inability to perform daily living activities, or other severe health conditions.

Understanding Guardianship for a Minor Child.

If you have minor children, it is crucial to consider who would care for them after your death. This person would be the minor’s guardian. An Illinois court will ultimately decide who the guardian is, but significant weight is given to whom you nominate for this role.

When deciding who will be the guardian of your minor children, there are many factors to consider. If you are ready to explore guardianship for your children, start with our Guardianship Questionnaire to ensure you have considered the right path for legal guardianship.

Strohschein Law Group’s experienced team is here to guide you in the proper legal guardianship. Our experienced Illinois lawyers can help you and your loved one understand estate planning, long-term planning, care coordination, guardianship, estate administration, trust administration, and probate litigation in Chicago and surrounding collar counties in Illinois. Our St Charles law firm welcomes you to contact us and learn how we can help meet your guardianship needs.

Alex, a father with moderate dementia symptoms, required guardianship after he tore up the Durable Powers of Attorney for Health Care and Property that he had previously put into place. Due to the disease, Alex no longer had capacity to execute new Powers of Attorney granting authority to his son who lived out-of-state. Alex’s daughter who lives locally was unable to assist her father with care needs and was somewhat financially dependent upon her father as well.

Upon creation of the guardianship estate, the adult son sought assistance in obtaining Veteran’s benefits which resulted in Alex receiving an additional $1,644 in a monthly benefit due to Alex’s wartime service. The Veteran’s benefit was extremely helpful in paying for the in-home care that Alex required. The adult son also oversaw the details of the reverse mortgage that Alex had put into place several years prior and took steps to sell the residence when Alex was no longer able to live in the home. The adult son sought and received approval from the guardianship court for these steps to help Alex.

Strohschein Law Group was asked to assist Jenny’s mother in a guardianship proceeding. Jenny’s father died unexpectedly, while she was still a minor, leaving a significant inheritance to her since the parents were divorced. A gift to a minor child needs to be managed by the court, so Jenny’s mother was appointed as a guardian of the estate for her daughter to manage the funds for Jenny’s benefit. The mother provided the Court with an Inventory of the guardianship estate assets and a budget so that permission could be granted by the Court to use the inheritance funds for Jenny. Upon annual review of the assets and how they were spent according to the budget order, the Court considered additional legitimate uses for the inheritance. Upon turning 18, the guardianship would expire, and Jenny would take over control over the funds. Jenny voluntarily agreed to place the money in trust after the guardianship ended to protect the funds for her benefit.

LEARN MORE
Schedule a consultation with one of our experienced attorneys in order to protect what matters for your family.
CONNECT WITH US
Copyright Strohschein Law Group LLC 2023 - All Rights Reserved
Disclaimer | Privacy Policy
Back To Top
Subscribe to Our Newsletter