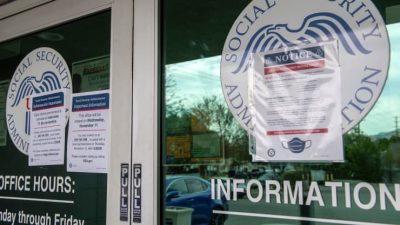 Thank you to our friends at the National Academy of Elder Law Attorneys for sharing this article with us.

The Social Security cost-of-living adjustment for 2022 could be 6% to 6.1%, according to the latest estimate from The Senior Citizens League, a no-partisan senior group, based on new consumer price index data released recently.

The Social Security Administration typically announces the cost-of-living adjustment for the following year in late October. One more month of CPI data will be released and factored into the final calculation. The Social Security COLA is calculated based on a particular set of data, the Consumer Price Index for Urban Wage Earners and Clerical Workers, or CPI-W.

The Senior Citizens League’s latest estimate comes amid forecasts of a possible 6.2% COLA in August, a 6.1% adjustment in July and a 5.3% boost in June. The higher estimates were due to rising inflation.

The CPI for August increased 5.3% compared with one year ago, according to data released Tuesday, while economists had estimated 5.4%. The fact that consumer prices did not rise as much as expected was seen as a sign inflation may be starting to cool. However, The Senior Citizens League’s latest estimate continues to point to the highest COLA in decades.

The Social Security COLA in 2021 was 1.3%. For the average retirement benefit, that amounted to $20 more per month for a total of $1,543. While a bigger cost-of-living adjustment means many beneficiaries will see additional income next year, that may not go as far due to higher prices.

A recent report from the Center for Retirement Research at Boston College pointed out two other factors that could reduce seniors’ spending power despite a higher COLA. Medicare Part B premiums for physician and outpatient services that are typically deducted directly from retirees’ Social Security checks are also likely to go up. Moreover, as a retiree’s benefit income rises, the more likely it is that it will be subject to federal income taxes.